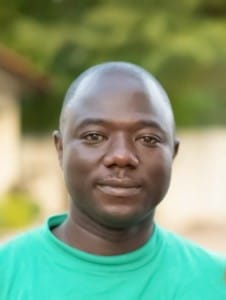 Peter has a BA in Missions and Evangelism, as well as a National Certificate of Education. He worked with the Great Commission Movement with the Jesus Film team from 1996-2001, and with CREI ministries from 2003-2016 as a trainer and supervisor. He joined Firm Foundation In Christ Ministries as Nigeria Coordinator in May of 2016. Peter loves training people and raising up disciples who can call others to Christ and establish them in their faith. He is filled with hope by seeing people changed by practicing what he teaches in Firm Foundation In Christ Ministries trainings. Many have given their lives to Christ as a result of his sharing his faith, and it gives him great joy!

He is currently working on his Master’s Degree and is helping Firm Foundation In Christ Ministries Africa to grow and expand in Nigeria, in partnership with many different organizations and churches.

Eskinder grew up in a conservative Ethiopian Orthodox Church family, and came to know Christ in his teenage years through discussions with a school friend and has been serving the Lord in ministry ever since.

He feels called to minister to the unreached people groups in Ethiopia through evangelistic ministry. He attended Bible college, and was appointed Evangelist and Church Ministry Coordinator of his local church after graduation. After working for seven years with the local church, Eskinder accepted the call to serve at a national level–becoming a coordinator of the church planters training program in the missions department. He coordinated over a hundred and twenty-five training centers of the church planters all over Ethiopia, in two different languages. Eskinder has produced training materials for church leaders, pastors, evangelists, and ministers to evangelize, equip, disciple, and make leaders in the process of church planting.

Eskinder assisted FFICM in translating training material from English to Amharic, and was deeply compelled by the organization’s mission and ministry. Since then he has served alongside FFICM, equipping many people to evangelize, follow-up and train new believers in Ethiopia, Africa, and all over the world.

Since June 2019 he has been serving as the FFICM National Director for Ethiopia through the partnership that FFICM has with the Kale Heywet church in Ethiopia.

Roman is a minister, mainly in Siberia, but also works in other parts of Russia and Eastern Europe. He helps churches to train their leaders in follow up. Roman met Rich Gardner in a class he attended at Multnomah University, which is how he first became connected with FFICM. Through this ministry, he loves being able to share the gospel and encourage people to follow Jesus. He facilitates follow-up trainings and evaluations after the trainings, and is passionate about making new believers feel cared for as they begin their relationship with God.