FFICM started the year with prayer and fasting on Thursday January 4th; we met with those we are training to join the organization as well as the volunteers. We prayed to thank God for the past year and for the programs we have organized for this year, and for God’s protection also to enable us raise more workers and open doors for prayer supporters.

We then started training in Rinji Toro DCC during 8th-12 of January, where we had expected 80 people, but we only ended up with 10 people. The time was still important as the 10 who came were so committed; it was also a valuable time for the new trainers that we are developing to practice teaching on field. These trainers had their first real experience of comparing notes as trainers in order to learn from each other.

Two weeks after the training, one of those we trained (Evangelist Nyam) called us to give a report on what the trainees were doing. They had reached out to 7 people who have accepted Christ as their Savior. Five of these new believers need Bibles, and one of them who was a Muslim, has had to move with his whole family for safety reasons, because the Muslims in his village threatened to kill him. 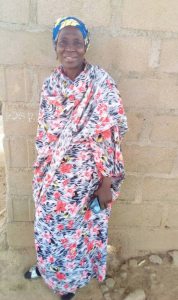 Comfort from Maiduguri (one of those we are developing as a trainer) organized a training for 27 people.  where she trained them on how to use the gospel cards and how to conduct the follow-up lessons. This was so encouraging to hear as those she trained are preparing to do an evangelistic outreach in the nearby villages. Please pray for God’s protection as they move through those villages. 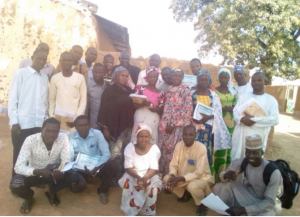 Those Muslim converts we brought from up north whose lives were in danger, are doing very well in the discipleship training center! They are now memorizing scriptures and  articles of faith. Their meals and health have been all taken care of. They even went to their villages and had Christmas break with their parents and came back safely. We went and visited them and they shared their desires and hope after the training to go to seminary to have a proper understanding of the Bible!