In January, Peter led an important training in Rabwak. This area was believed to be cursed, because for two months out of the year, May and October, people would die for no apparent reason. Christians were beginning to leave the church to dedicate themselves to traditional religion, in an effort to protect themselves. Peter organized a strategic training where they would run a follow-up program as well as invite experienced pastors to come and talk to the community about spiritual warfare 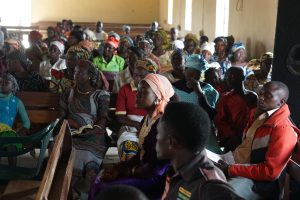 They planned the program for 100 people, but by the third day, 300 people came. By Sunday there were more than 500 people in attendance. Twenty-one people gave their lives to Christ. They worshiped and prayed together and believers and pastors from outside the community came to pray for the people. On Sunday, after days of praying, they discovered a large charm used in witchcraft that had been placed under the church carpet by the pulpit. The pastor called Peter, and together they prayed and destroyed it. Everyone was greatly encouraged. On Monday, Peter went to visit those that had come to the training, and they were all overjoyed and said that Peter and his co-workers had helped deliver the community from the giants–that Peter was the David of the community. The villagers are now returning to the church! An elder spoke with Peter after the team left and told him that that because of the training, the church continues to meet together to worship in the morning every day. 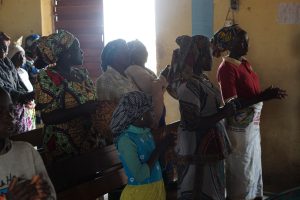 Please pray for these believers as they join together to pray, grow in their faith, fight the enemy’s attacks on them, and reach out to their neighbors with the gospel!