700 converts in one meeting, not one of whom remained in the faith… 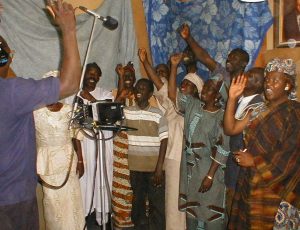 In 2001, Rich and Janice Gardner partnered with the Great Commission Movement to dub the Jesus Film for the Afizere people of Nigeria in their native language. Teams from America came to Nigeria to help show the film in 40 villages in 10 days. The impact seemed to be tremendous. Four thousand people made decisions for Christ. In one village alone, 700 people had come forward.

A month later, Rich returned to this village to see how all the new believers were doing–anticipating that the churches would be full to bursting. He went around the village and asked at every church. He could not find a single convert from the Jesus film showing. He asked the pastors if any of the new believers had been followed up with, and they said no.

Rich was grieved and wondered, “What have I done? Will they be less likely to respond to the gospel ever again because they will say, ‘I tried that, and it doesn’t work.’” Rich vowed to never again show the Jesus film without a plan to follow-up new believers. 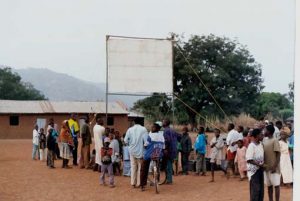 Rich and Janice partnered with Bitrus Dasar from Great Commission Movement, who had also become disillusioned by showing the Jesus Film without an effective follow-up plan. He had seen situations where after they had shown the film in a village three times and had many commit their lives to Jesus…later they could not find even one disciple.

They decided to show the film again, but this time they trained hundreds of workers from many denominations in follow-up, and picked 52 of their best workers to be in charge of each village where they would show the film. The workers were to meet with the new believers in groups twice a week to help them understand their new faith, for as long as was needed to help them transition into the local congregations where they could receive further discipleship and support. This time there were 5,800 people in classes, and they started ten new churches in addition to swelling the congregations of the existing churches.

Rich and his colleagues were excited—they knew the churches in the area had been strengthened, and they knew that the new believers were well-equipped to grow in their relationship with Christ. All those that had been involved with the training praised God and were greatly encouraged!