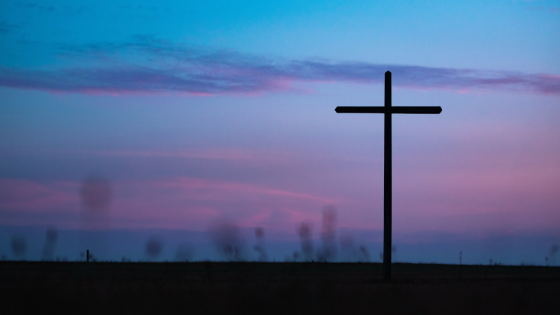 In the New Testament we read the story of Saul, a religious extremist who persecuted Christians. While on his way to Damascus to take violent acts against Christians, Saul heard the voice of Jesus in a bright light and was blinded. After speaking with a disciple in Damascus, he was converted from an enemy of the Lord to a disciple of Christ (Acts 9:1-22). That was when Saul the Zealot became Paul the Apostle.

Here at FFICM, we believe that God has a deep-rooted heart for the Islamic North in Nigeria, where the Boko Haram extremists thrive through violent acts. Christians in this region have experienced devastating losses at the hands of the Boko Haram. Despite this persecution, our team has been reminded time and time again that God is at work in Nigeria, comforting His people and reaching out to the lost in the process.

In the same way that God transformed the life of Paul from killing Christians to encouraging them, He is also transforming the life of a former murderer in Nigeria. This man spent much of his youth as a hired killer for the Boko Haram, and murdered many Christians. He was a radical Muslim who one day experienced a radical, divine change. He was given the assignment to kill a certain pastor, but that night he had a dream—three men appeared to him and said not to kill the pastor, but to go see the pastor in the area instead and hear about Jesus. So, he met with the pastor and received Christ that day. Soon after, his wife also accepted Christ, and the two were taken to a discipleship center for 8 months. It is because he was given the time and safe space to ask questions and grow more in his faith that this man now wants to be an evangelist to reach his Muslim brothers and sisters! Praise God for this Paul-like radical transformation!

During biblical times, Jesus tirelessly sought out the broken, the lame, the poor, the outcast, the murders, and the lost. These people might have been too blind by their way of thinking, thought their sin was too great, or believed their life was too far gone. Society saw them as dangerous or less than, but God saw them for who they really are—His beloved creation, those He could empower for His good. God reached out to these individuals in the past, He seeks them in the present, and He will continue to do so in the days to come.